Philo and his Civil War Buddies 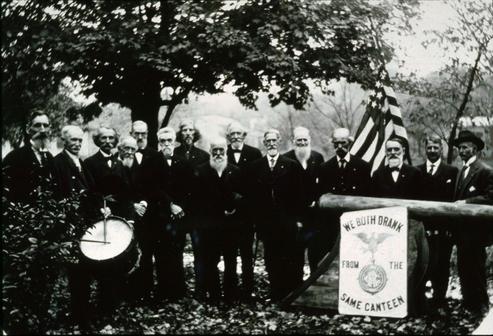 Philo Stacy (shown here the 11th person from the left), was the son of Moses and Joann Stacy who built Stacy’s Tavern in 1846. Philo fought in the Civil War and hosted a number of reunions for his colleagues. This one, in 1913, appears to be celebrating the 50th anniversary of the Battle of Gettysburg where Marcellus Ephram Jones, a Danby resident, reportedly fired the first shot in that epic battle. 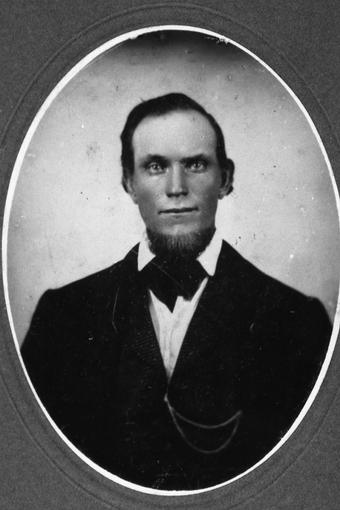 Erastus Ketchum was eight years old when he came to the Glen Ellyn area in 1834 with his mother, a member of the Churchill family who had been widowed the year before. As a young man he was well known for his hunting and trapping skills, admired even by some of the native Americans still living in the area.

Erastus Ketchum was one of several “characters” in Glen Ellyn’s early history. His skills included hunting, trapping and carpentry. His home was described by Ada Douglas Harmon (who wrote the first definite history of the town) as a “veritable arsenal” of weapons. He maintained an apple press on his property which he used to make cider from locally grown apples, hard cider being the beverage of choice for many. On the gentler side, he sang in the choir at the Free Methodist Church (an early abolitionist church) and remained married to the same woman for over 50 years. 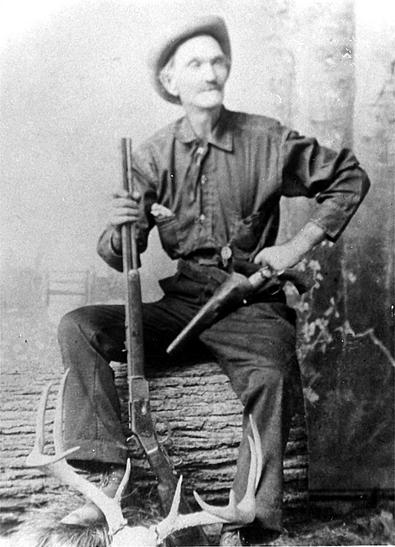 Mary Jane Ketchum was Erastus Ketchum’s cousin, and a member of the Churchill clan who first settled this area. It was not uncommon in those days for cousins to marry. They were married for more than 50 years, living in a home at the southeast corner of Main Street and St. Charles Road. That home was demolished in 1971 to make room for a gas station (which, in turn, was demolished in 2011). 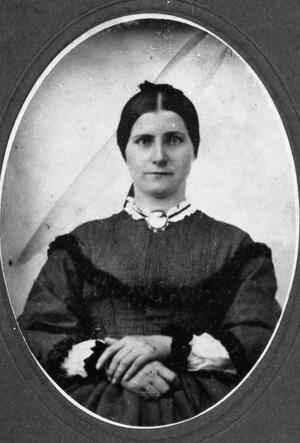 People often ask if any members of the original Churchill family still live in the Glen Ellyn area. The answer is yes, and some of them are living in the house shown in this picture which is located on Swift Road just south of North Avenue. 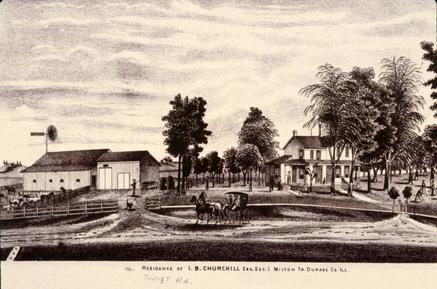 In the pre-automobile era, it was helpful to have the sidewalks in the downtown district elevated enough that people could step onto them from buggies and other horse-drawn vehicles. Many residential areas also had wooden sidewalks, but they typically were not elevated. Snakes enjoyed nesting under these sidewalks and sometimes would poke their heads between the boards. Note the open space to the left of the building in this photo taken about 1900. This is the west side of Main Street in the first block north of the railroad tracks. At that time, a creek ran through downtown Glen Ellyn, through a culvert under Main Street and on to Lake Ellyn. 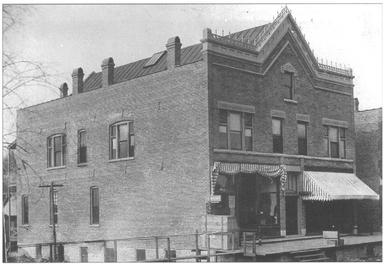 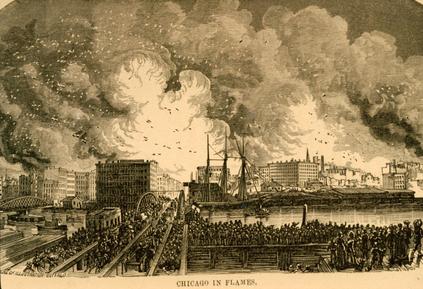 The fire that consumed a large swath of Chicago in 1871 got world-wide press coverage. Such was not the case when a major portion of downtown Glen Ellyn burned to the ground twenty years later in the autumn of 1891. All but one of the buildings on the west side of Main Street north of the railroad tracks were destroyed. They were replaced with masonry structures, several of which are still in use today. 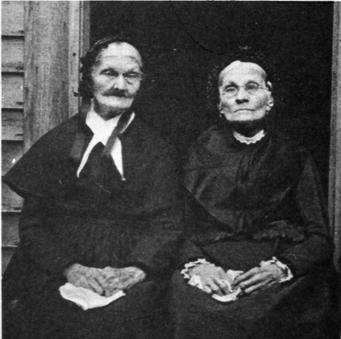 Christiana (left) and her twin sister, Lurania, were born to Winslow and Mercy Churchill in upstate New York in 1802. In 1834, they were members of the Churchill clan that were the first settlers in what later became the town of Glen Ellyn. This photo was taken on Feb. 15, 1893, their 91st birthday. They were dressed in their finery to chat with a reporter at the Chicago Daily Tribune. At the time, they were thought to be the oldest twins in the world. .